Almost everybody likes adopting pets and TV actors are no exception to this. In fact, many TV actors are hard core pet lovers and are associated with many shelters homes and animal welfare organizations. This quality of compassion and love towards animals is one of those qualities that make them adorable.

You also must be having a favorite TV actor and must be curious to know about the pets they have adopted or rescued?

Hence, to curb down your curiosity below is the list of the famous TV stars and the name and breed of the pets they own. Kaley, an American actress and famous for her hilariously funny CBS comedy series “Big bang theory” is madly in love with pit bulls and is rescuing them for 11 years now. She has adopted many dogs, a horse. She is also working with a non-profit rescue organization called Paw-Works. She has altogether 11 pets. These 11 pets include there 7 dogs, 1 horse, 1 peacock and 2 rabbits.

Pettey– A chihuahua-dachshund mix was a gift from her boyfriend when she was 16 years old in 2001. Pettey passed away in January 2016

Chester– Also known as cheddar cheese, was a puppy with an unknown medical condition. He was rescued by Kaley in 2015 but sadly he passed away in January 2016 exactly a week after the death of Pettey.

Tank cook – He is an English bulldog and an Instagram -Celeb with over 40,000 followers.

Lucy and Zeus– They are of the breeds: Akita and German shepherd. The all-time famous and prestigious talk show “The Oprah Winfrey Talk Show” host Oprah Winfrey is mad for dogs and is parent to five dogs including 2 golden retrievers named Luke and Layla, two Springer spaniels Sunny and Lauren and a cocker spaniel Sadie.

Jennifer Aniston Aka Rachel From “Friends” Jenifer is crazy for dogs and is a proud parent to 2 dogs. She had 3 dogs but one of them named Norman a mixed breed passed away in May 2015 at 15 years of age. After the death of Norman, she has tattooed his name on her right foot. The other two dogs are Sophie- a Pit Bull and Dolly – a mix breed. 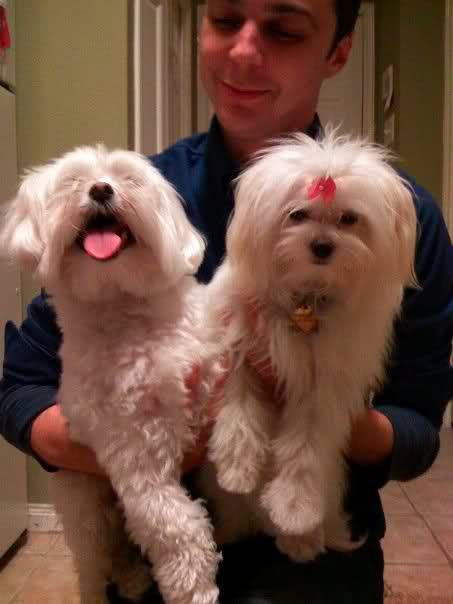 Bazinga!!! Jim parson is an American actor famous for essaying the character named Sheldon in “Big Bang Theory” that arguably one of the most famous TV series characters of all time. He has two very cute and fluffy dogs named Otis and Rufus and they are of Maltese and Shih-tzu breed.

Neil Patrick Harris Aka Barney From “ How I Met Your Mother” You know what is LEGEN…wait for it…DARY? Rescuing a dog all the way from Thailand is Legendary. Neil and his husband David Burtka adopted a rescued wire terrier mix pup from Thailand. She was rescued by Project Street Dog Thailand and taken in by New York’s North Shore Animal League America. The couple has given her a playful and cute name ‘Gidget’. According to Neil she is very sweet and loves playing with his cat in the office. You know him as a cute scientist from Bing bang theory. He is a British Indian actor and writer who loves pets and has strong opinions in favor of recuing abandoned pets. The actor has a mix breed Mutt named Boba Fett after the famous Star Wars character. Kunal is also working closely with rescue and adoption causes like Pet rescue and Adoption Act.

Emilia Clarke Aka Daenerys Targaryen Or Khaleesi From “ Game Of Thrones” Well, she is an animal lover and likes to keep pets both on screen and off screen. Though on-screen she has much bigger and dangerous pets called dragons that emit fire, can fly and can kill anyone they want but off-screen she has a cute and loving dog as a pet. Roxy is the name of her lovely mix breed dog. Emilia is also a mother of many puppies.

So, this was the list of few TV stars mad for pets. You can now brag in front of your friends with this information that you have about your favorite TV Star.

Jesse McDaniel is an animal activist that raises concerns and spreads awareness regarding pet health issues. She is also a self-proclaimed pet lover who tends to support many pet shelters, assisting them with supplies and medical aide on a regular basis.

This struggle is real – when you miss those puppy eyes, cute face and a lick on your hand. To commemorate the special moments of your...

Every year in the month of May, Lyme Disease Awareness Month takes a center stage. This particular month-long observation takes place in...

How to Prevent Sunburn In Dogs

Finally, after the long chilly nights, it’s time to witness bright sunny days. And when the hot weather is around the corner, many might...

Revolution for Pets – Benefits and Side Effects

It is interesting to learn that Revolution does not just resolve fleas; the most prevalent parasites, but also other 5 major kinds of...

How Revolution Works For Pets

The parasites have been havoc in pet’s life and there are like ample treatment options availing in the market. It’s the pet parents...

Get Big in Small 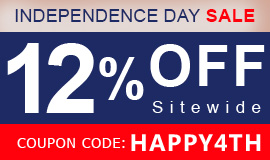 Simparica Trio For Dogs – A One-Stop-Solution For Parasites