According to the American Heartworm Society (AHS), more than one million pets in the United States are infected with heartworms. This deadly infection is spread across all 50 states of the country. It is a serious illness that can cause severe damage to the health and well-being of your beloved animal. It is to keep in mind that heartworm infection is no longer an enigma. In fact, with a few simple measures, this life-threatening disease can easily be prevented.

The month of April is celebrated as heartworm awareness month in regard to spread the knowledge about this illness among pet owners because early recognition of heartworm infection may save many lives of our beloved companions.

Heartworm is assuredly a deadly disease that is present in almost all parts of the world. It is caused by worms known as Dirofilaria Immitis that is cylindrical, slender, and foot-long parasites. They live in the animal’s heart, lungs, and correlated blood vessels that may result in acute heart failure, lung disease, and capable of causing severe damage to different parts of the infected animal. Heartworm infection is found in dogs, cats, ferrets, and other mammal species such as wolves, foxes, and rarely in humans. Wild animals like wolves are considered to be the important carriers of the infection due to their closeness to non-rural areas.

Dogs are known to be the natural hosts for heartworms. The baby heartworms living inside the dog’s body to mature into adults, mate, produce offspring and multiply in numbers if left untreated. Dogs can shelter several heartworms in their bodies. Heartworm infection can hamper the dog’s health even long after the treatment of the parasite.

Cats are relatively resistant to heartworm infection in comparison to dogs; however, infection can still fall out. Most worms in cats do not survive to the adult stage. Usually, cats have fewer adult worms than dogs, mostly less than six at times. It is a surprising statistic that approximately 1/3 of infected cats live indoors.

Many dogs show very little or no symptoms at all in the early stages of the infection. Symptoms are likely to be developed with the longevity of the illness. Heavily infected dogs or animals infected with other illnesses often show pronounced clinical signs.

Here is the list of the most common heartworm infection signs:

Other heartworm disease symptoms include nosebleeds, pneumonia, excessive sleep, high blood pressure, etc. When these parasites reach other organs like the brain or eyes, they can cause blindness or seizures. Though these symptoms are rare, but they are found in some cases.

Once the dog is diagnosed with heartworms, killing adult heartworms should be the next step. Often this treatment is difficult, exhausting, and not 100% effective. This is the very reason why veterinarians advise using heartworm preventative treatments year-around.

Monthly administration of preventive products, like Heartgard Plus, safely and effectively prevents heartworm disease by eliminating heartworm larvae before they can grow into life-threatening adult heartworms.

Apart from the preventative treatment, dog’s exposure to mosquito sites should be reduced. This will reduce the chance of mosquito bite and, as a result reduce the risk of infection.

A yearly heartworm test should be performed. This will help detect the disease at an early stage, and your dog will be able to live a healthier life. 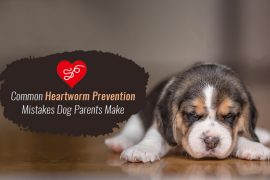 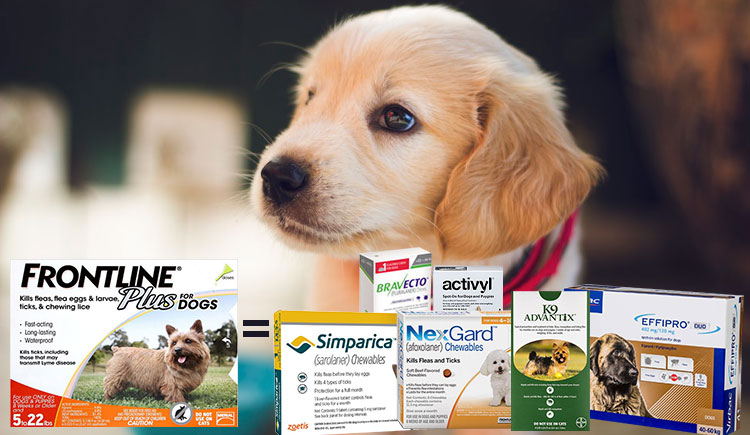 6 TRENDING ALTERNATIVES OF FRONTLINE PLUS in 2022 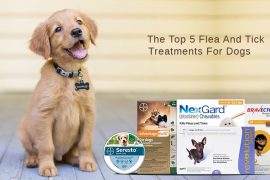 The Top 5 Flea And Tick Treatments For Dogs in 2022